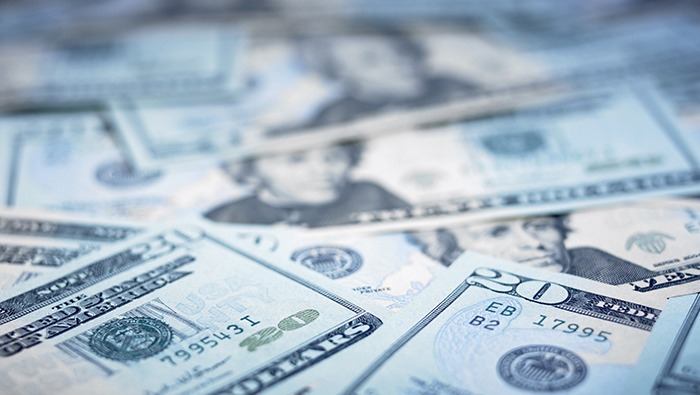 While Friday’s NFP report was a mixed bag, the PMI report that followed was not. Services PMI printed at its lowest level since March of 2020 and in contractionary territory. This is sign of continued impact from the Fed’s rate hikes last year and with that data point coming in so far below expectations, (49.6 v/s 55 expected), and the response that followed, market participants are building hope that stacking signs of slowdown may compel the Fed into a less-hawkish position.

Markets seemed to shrug off Powell’s re-commitment to fighting inflation yesterday morning and stocks have continued to rally as USD has remained relatively weak, holding near a key spot of longer-term support around the 103 handle.

Ahead of tomorrow’s CPI report, another drop in both core and headline is expected. Headline inflation is expected to print at 6.5% from last month’s 7.1% print. And core is expected to come in at 5.7% against a 6% expectation. This would continue the pattern of falling CPI, which has been the case since the 9.1% read from May of last year (released in June).

The bigger question, however, is market response, which I’ll look at below the next chart.

Last month saw a second consecutive CPI release in which headline CPI printed below the expectation. With inflation lower than market forecasts, one would logically expect that to push stock prices higher and the US Dollar lower as FOMC rate hike bets further wound down.

But that’s not what happened. Last month saw a strong bearish reaction in equities to that CPI print and that’s a theme that held into last week’s trade with the S&P 500 bracing for support at the 3802-3810 area on the chart.

Putting this data on the chart helps to illustrate how impactful CPI has been through last year. On the below chart, I’m plotting only headline CPI against the expectation. Higher-than-expected reads are in red while lower-than expected readings are in green.

S&P 500 with CPI Releases Plotted on Day of Release

And, also just like last month, we’re seeing a bullish move price into stocks ahead of the release. On the below chart, I’ve added a green box around the lead-in to last month’s CPI release. The extended upper wick printed right at the 8:30 AM release that morning. But, notably, the move was brewing for a few days prior before that capitulation took place.

At this stage, the S&P 500 is continuing a bounce from support at prior resistance, as taken from the symmetrical triangle that had built going into last week’s trade.

The reaction in December happened at a major spot on the chart, just above the bearish trendline that held the highs in the index throughout last year, with the lone bullish instance above that level taking place on December 13th, the morning that CPI was released.

For tomorrow, that same trendline is in-play. There’s resistance nearby at 4k as this is a Fibonacci level and a psychological level. And then a little higher, 4101 looms large after which 4155 and 4186 comes into the picture.

The US Dollar has remained weak since topping just ahead of the Q4 open. There was subtle change around that CPI report, however, as the sell-off in USD went into range and that mean-reversion held into the end of the year.

As I wrote in this week’s USD forecast, I was looking for another probe of support before plotting reversal scenarios and quickly after this week’s open price pushed down to support at the 103 handle on DXY. This is a confluent area of support and so far, it held the lows. But the corresponding bounce has so far been capped at a prior support level that’s showing as resistance. This is at 103.45 and that horizontal resistance, when combined with recent higher-lows, makes for a short-term ascending triangle formation.

When looking at directional themes in USD it’s important to at least consider EUR/USD. The Euro is 57.6% of the DXY quote so it’s an important variable to take into account. And if looking for support in USD, one would likely want to see resistance in EUR/USD.

And the zone that I talked about in this week’s forecast has already come into play and, as of this writing, has been in the equation for a little more than 48 hours now. The problem is that bears haven’t yet made a mark, indicating that they’re not taking the bait yet.

There was a bullish breakout earlier this morning into that zone and prices has since pulled back; but structure remains bullish given the recent continuation of higher-lows.

This sets up for a possible capitulation scenario around CPI tomorrow, somewhat similar to how the S&P 500 reacted last month. The recent higher-low was just above the 1.0700 handle, a breach below that begins to open the door for bearish scenarios.