Russian Gas Shock and a Hawkish Fed Weigh on the Euro 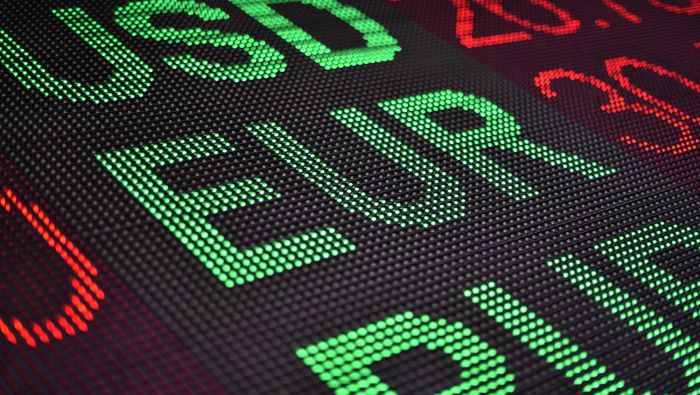 The euro has suffered one of its worst years in recent decades (so far), trading down more than 12% since the start of the year which has seen the EUR/USD not only reach parity but trade below it too. It would be disingenuous not to mention that the US dollar has performed extremely well during this period, bolstered by a Fed motivated to bring down inflation.

Speaking of inflation, a recent short-term measure of inflation for the euro zone, the 1-year Euro inflation linked swaps soared to over 8% as financial markets bet on winter gas complications with Russia.

Gazprom reported that it will halt gas flows via Nord Stream on August the 31st, for 3-day maintenance. The pipeline already underwent a routine 10-day maintenance period in July. European Gas prices are likely to maintain the upward trend as the possibility of the pipeline remaining offline for longer than 3-days, remains a possibility. 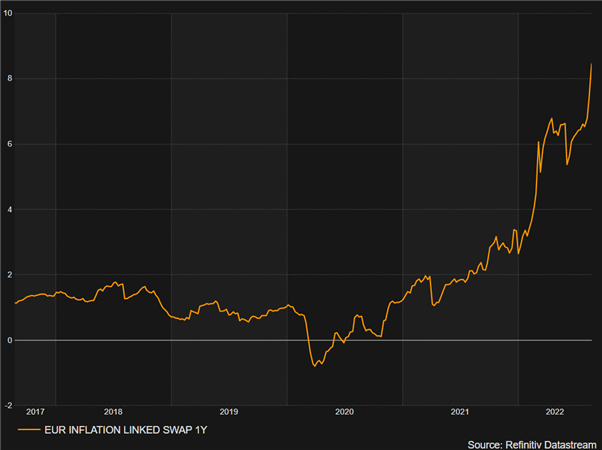 EUR/USD continues to trade lower this morning after a slight reprieve yesterday – influenced by uninspiring PMI data. The pair trades below parity for the third consecutive day as sub 1.0000 appears to be the new normal. The Fed’s 3-day central banker’s conference gets underway tomorrow with Jerome Powell speaking on Friday. The event has ben viewed as a pseudo-Fed meeting and could move markets ahead of the weekend. The Fed has moved away from forward guidance meaning that markets will monitor every word from the Fed chairman for clues on the path and duration of future rate hikes.

EUR/USD approaches the nearest level of support, and a retest, of the psychologically important 0.9900. The pair is trading around its lowest levels in nearly 20 years with further downside levels difficult to determine. The next level appears a fair distance away at 0.9700. Resistance remains at parity, followed by 1.0100. 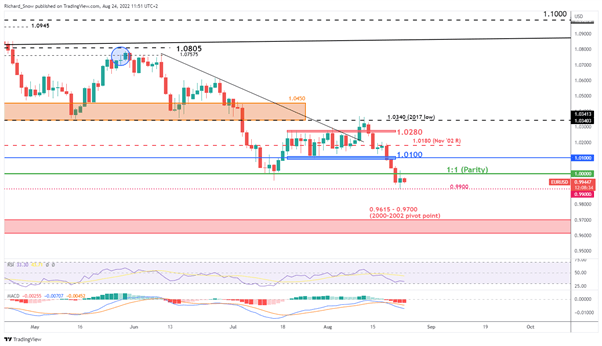 The 4-hour chart shows the short-term rejection of the 0.9900 level yesterday. With a failed attempt to trade above parity, we could see another test of 0.9900. 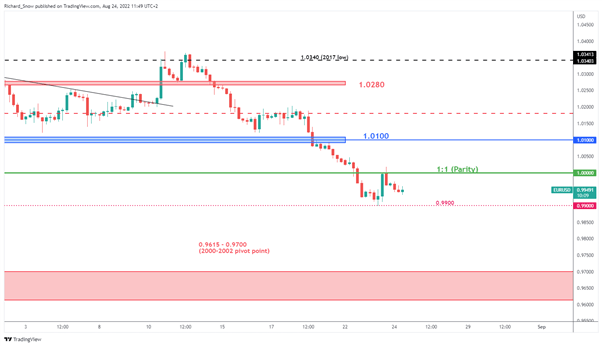 Risk Events to End the Week

Scheduled risk events pick up towards the back end of the week with the Jackson Hole Symposium from Thursday to Saturday. We also have the second estimate of US GDP but more importantly US PCE inflation data. US CPI eased in July as gasoline prices fell so we could very well see a cooler print in the Fed’s preferred measure of inflation too. That may provide temporary relief for the euro.