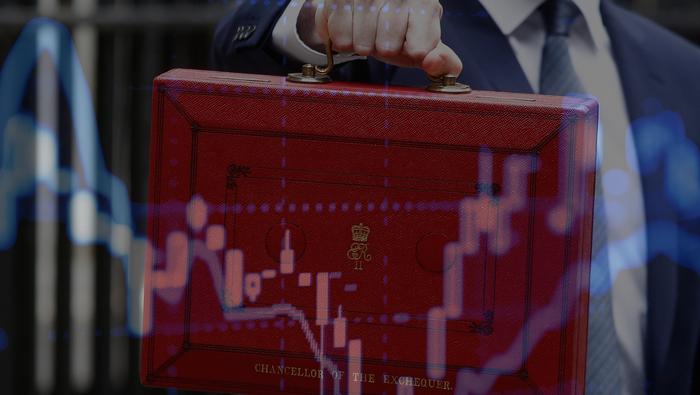 Somewhat unsurprisingly the two regions most closely linked to the fallout surrounding the Ukraine invasion, Germany and Russia, have seen sizeable downward revisions to growth. Sanctions against Russia have clearly had an effect, seeing GDP growth decline from the 2021 figure of 4.7% to -5.5% in the latest OECD interim report for 2022. The 2023 figure is expected to remain weak at -4.5%, however, a lot can happen between now and the end of 2023.

The economic repercussions of the war has certainly hit the euro zone hard. Germany has been particularly hard hit due to its reliance on Russian gas exports. With Russia weaponizing gas flows to the EU’s largest economy, Germany is gearing up for a cold winter and potential gas rationing if alternative gas supplies fail to materialize. The OECD has lowered Germany’s GDP growth by 0.7% from the June estimate and is forecast to drop to -0.7% in 2023 (a drop of a massive -2.4% from the June estimates).

The German stock index (DAX) continues the yearly decline and has recently broken below a key level of prior support at 12424. 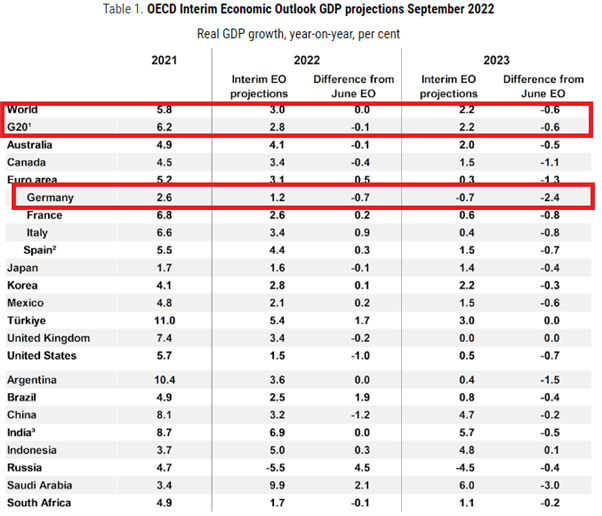 Price pressures have proven to be more widespread than initially anticipated, particularly for the UK, adding immense pressure to the pound sterling. According to the OECD and the Office for National Statistics (ONS), 80% of the constituents that make up the UK’s inflation basket (CPI) have reached 4%. Other regions exhibiting signs of widespread inflation include the US and the Euro area which both sit just above 60%.

The prolonged conflict in Ukraine has played a significant part when it comes to broadening price pressures shortly after supply constraints gripped the world due to the reopening of the global economy.

Inflation has Become More Entrenched (UK, US and EU) 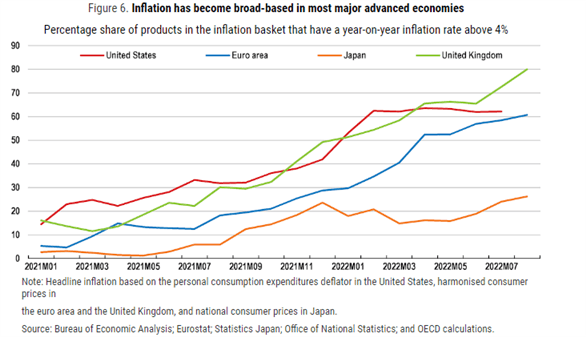 In addition, the OECD forecasts that interest rates will continue to rise, particularly in advanced economies. It sees the Fed funds rate rising to 4.5% – 4.75% in 2023, in line with current market expectations. It also foresees the Bank of Canada to raise its rate to 4.5%, the UK to 4.25% and the EU up to 4%.