Hang Seng Index Bolts Higher Despite Storms as China Ignites Stimulus Plans. Where to for HSI? 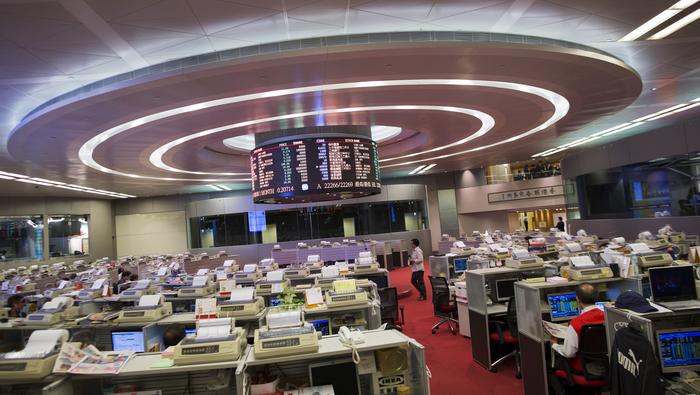 The Hang Seng Index (HSI) made a three-month low yesterday but turned it around today despite a category 8 typhoon headed toward Hong Kong.

It caused the market to remain closed throughout the morning. When it re-opened for the afternoon session, 1.5% was added, making it the best performing APAC index.

On the mainland, China State Council Premier Li Keqiang announced another round of stimulus measures today. This time it is a 1 trillion Yuan (146 billion USD) 19-point plan to bolster the economy with a focus on infrastructure projects.

While the boost is welcome news, the underlying causes of Chinese economic frailty remain. That is, the zero-case Covid-19 policy and the structurally flawed property sector. The Peoples Bank of China (PBOC) fixed USDCNY stronger than expected at 6.8536 today.

Elsewhere in Asia, the Bank of Korea hiked rates by 25 basis-points as expected. The Korean Won appreciated with USD/KRW dipping below 1334.00.

Crude oil continued to climb in the aftermath of OPEC+ indicating that production cuts could on the cards on Wednesday. The squeeze was aided by a fire in a refinery in Indiana, shutting it down.

Additionally, US inventories fell by 3.3 million barrels last week, instead of 993k barrels anticipated. Iran have said that they are looking at the US proposal to resurrect the 2015 international accord on their nuclear program.

The WTI futures contract is above US$ 95 bbl while the Brent one is approaching US$ 102 bbl.

APAC equities were mostly slightly positive on the day, reflecting Wall Street’s lead. Gold has added a few dollars, trading above US$ 1,755 an ounce.

The Euro gained some ground despite the ongoing concerns for European energy. French President Emmanuel Macron is heading to Algeria today, a country with significant natural gas reserves and a former French colony.

The gain for Euro was reflective of broader US Dollar weakness ahead of the all-important Jackson Hole symposium that begins today. The Aussie Dollar has been the largest beneficiary so far today.

After German GDP figures, the US will see jobless claims, GDP and Personal Consumption and Expenditure (PCE) numbers. The latter being a favoured measure of inflation by the Fed.

The HSI has bounced off a 3-month low today.

When it made that low, it went below the lower band of the 21-day simple moving average (SMA) basedBollinger Band. If it closes back inside the band, it could be a near term signal that a reversal in the downtrend may unfold.