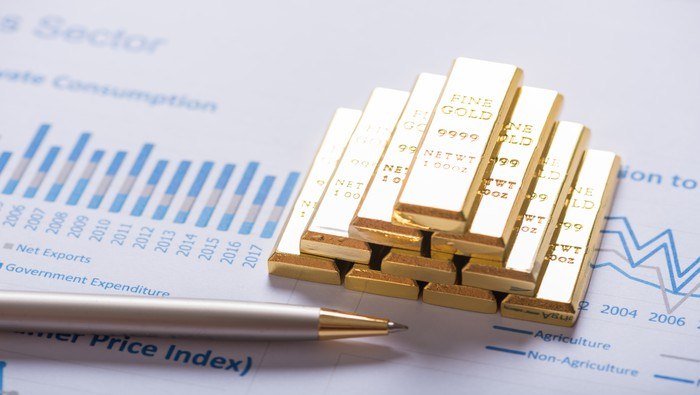 Gold prices have risen on all but one trading day of 2023, and they started Tuesday’s European session with more gains.

The metal has risen to seven-month highs this year as markets cling to hopes that they’ve seen the majority of interest-rate increases for this cycle. Higher interest rates add to the attraction of paper assets and take some of the attraction away from non-yielding assets such as precious metals.

The day is short of major economic data queues but US Federal Reserve Chair Jerome Powell is scheduled to chair a discussion on central bank independence at 1400 under the auspices of Sweden’s Riksbank. Important though this topic is, it wouldn’t seem to offer much obvious prospect of red meat to markets hungry for Fed-funds cues.

There’ve been some this week though. San Francisco Fed President Mary Daly said on Monday that an increase of either a half or a quarter percent was possible at February’s Federal Open Market Committee meeting, while Atlanta’s Raphael Bostic said only that more caution was appropriate in calibrating rates, which in his view could remain relatively high into next year.

For now, markets seem hopeful that any coming recession will be historically mild, but gold is clearly finding enough fundamental support in that thesis, and is likely to find even more should it worsen.

Whether or not gold actually functions well as an inflation hedge, the perception that it does so remains widespread. Data releases such as the recent news that Japan’s core inflation remains at forty-year highs look sure to keep that bid in play for the yellow metal. US Consumer Price Index numbers are due on Thursday, with inflation expected to have hit its lowest point for twelve months in December.

Gold Looks Like Neither Inflation Hedge Nor Safe Haven

How to Trade Gold

The daily chart uptrend channel in place since December 16 is facing a challenge to its upper boundary and the fate of that challenge could be decisive for near-term direction. A conclusive break above it could well embolden the bulls to try for psychologically important resistance at $1900, a level last seen on gold’s long way down back in May 2022. There’s likely to be plenty of caution in the market about gold’s ability to hold this level so expect sellers to be out in some force should it be topped. If the bulls can hold their nerves, however, a retest of that May peak of $1910 should be possible.

Reversals could see a return to a wide band of support between $1815.69 and $1768.31. These two levels essentially contained the market through December and, barring any data shocks out of left field, seem very likely to do so again if tested. Below them comes support around the $1743 region.

–By David Cottle for DailyFX