Euro Continues to Surge as the US Dollar Wilts Post US CPI. Higher EUR/USD? 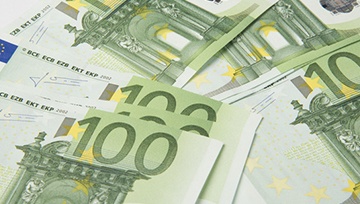 The Euro rally has been maintained today after the US Dollar was pummelled on bets that the Federal Reserve may not need to be so hawkish. Will the trend continue for EUR/USD?

EUR/USD charged to its highest level since April last year in the aftermath of US CPI hitting forecasts across the various measures. A headline read of 6.5% year-on-year to the end of December was a deceleration but still a long way above the Fed’s 2% target.

The US Dollar was weaker across the board in the immediate wake of the inflation data and EUR/USD had another run at the peak in Asian trading.

The data led to a perception that the Fed might not need to be as hawkish as they have previously stated. A Bloomberg survey of economists is expecting the Fed to hike the target rate by 25 basis points on the 1st of February. Future and swaps markets are now pricing 25 bp rather than hedging against a potential 50 bp lift.

Nonetheless, St. Louis Federal Reserve Bank President James Bullard reiterated his hawkish stance in comments overnight where he said that rates should get above 5% expeditiously.

The broader weakness in the greenback manifested itself intensely in USD/JPY after the Bank of Japan indicated that they will be doing a review of the effectiveness of their ultra-loose monetary policy. The market is pricing further tightening from the central bank.

An increase in risk appetite saw the commodity and growth-linked currencies find support with the Aussie Dollar and Norwegian Krone the biggest beneficiaries.

The upbeat tone was aided by China’s trade balance beating estimates at US$ 78.1 billion for the month of December. APAC equities were all higher with the exception of Japan due to concerns about the outlook for the monetary policy there.

In amongst the excitement, crude oil steadied on higher ground with the WTI futures contract above US$ 78 bbl while the Brent contract is a touch under US$ 84 bbl. Similarly, gold is near its overnight high trading just below US$ 1,900.

Coming up today, after UK industrial production numbers, the University of Michigan consumer sentiment gauge will be the focus for markets.

EUR/USD has raced above the upper band of the 21-day Simple Moving Average (SMA) based Bollinger Band to make a high of 1.0868 today.

This might indicate the beginning of a new trend. A close back inside the band might signal a pause in bullishness or a potential reversal.