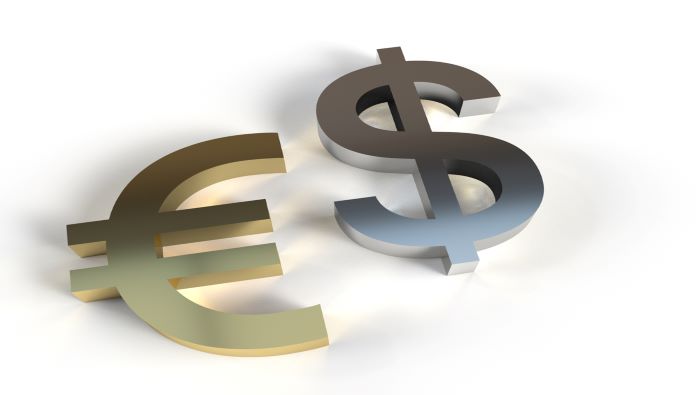 Euro Selling Picks up Ahead of NFP Data

The euro continues to sell-off into the weekend as the bearish trend shows little sign of abating. Euro woes continue to stack up with the latest concern being the scheduled maintenance of the Nord Stream 1 gas pipeline that facilitates the flow of natural gas from Russia to Germany and then into the EU. The pipeline is scheduled to undergo routine maintenance from the 11th to the 21st of July.

The pipeline has been identified as a major potential risk to the German economy and the EU by extension, should Russia stop transporting gas or send lower volumes than what is needed/requested.

At the same time, FOMC minutes of the June meeting confirmed the Fed’s determination to hike rates aggressively, even if it results in a period of lower economic growth. This is likely to support the dollar alongside its safe-haven appeal at a time when recession concerns pick up.

EUR/USD continues its decline, mainly as a result of a resurgence in the US dollar and could reach parity as soon as today if the early momentum receives a boost after US NFP volatility later today.

In the early hours of the London session, EUR/USD dropped well past 1.0180, heading towards parity. Something to note is that the pair trades further into oversold territory with the latest move which could pose a challenge to further declines, at least until NFP later. Support is now at the psychological level of parity (1.000), with resistance at 1.0180, followed by 1.0310 and 1.0340.

The monthly chart shows the various long-term levels of support which are failing to deter further euro selling. Parity is looking all the more likely and at the time of writing is a mere 80 pips away. 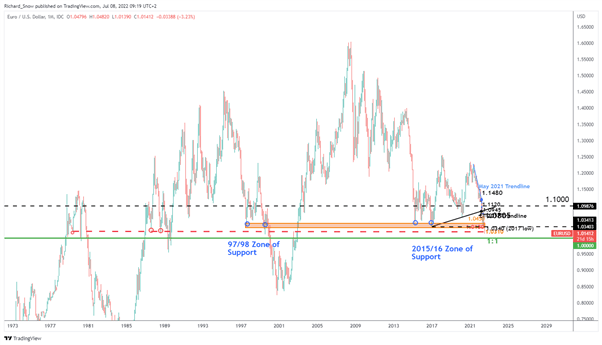 Major Risk Events for the Week Ahead

Today we have US non-farm payroll data which appears to be skewed towards a potential disappointment. The employment components of the manufacturing and services PMI both entered contractionary territory in June while initial jobless claims surprised negatively for three out of the last four weeks.

In addition, ECB President Christine Lagarde is due to speak at 11:55 GMT. Next week we have ZEW economic sentiment in the euro zone, US CPI inflation, retail sales and preliminary Michigan consumer sentiment for July. Michigan consumer sentiment data surprised markets last month with one of the largest declines since the inception of the survey. Talks of a possible recession are likely to heat up should the figure print below 50.