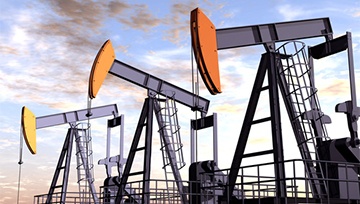 Get Your Free Oil Forecast

There is a sense of unease in the market. Anticipation for the upcoming December US consumer price index (CPI) release Thursday morning before the NYSE open has traders across asset classes on edge. For benchmarks like the major indices or the US Dollar, this particular event has generated enormous volatility over previous months’ releases. The macro thread of thought starting with these inflation reports is that the sharper-than-expected retreat in the inflation readings translates into speculation that the Fed will have to reverse course on its tightening regime. That the central bank has consistently pushed back on these views, that a modestly lower peak rate doesn’t translate into the stuff of true bull markets and that a recession would likely be the cost of capitulation doesn’t seem to be factoring into the short-term evaluation for the traders looking for immediate volatility. Yet, for a deeper macro asset like oil; the deeper currents will likely display more prominently.

Turning to the crude chart, we have not seen particularly dramatic changes in activity (either in range or change in direction) around the previous CPI releases. Nevertheless, the technical pressure is building for the commodity. Despite the hefty 18.962 million barrel increase in the EIA crude oil inventories this past week (pushing days of supply sharply higher to 29 days), the front WTI contract jumped 3.3 percent Wednesday. That is the biggest single-day rally since November 4th – when the market notably marked its last significant peak before ushering the next leg lower. We are coming into the resistance drawn from the trendline formed between the Jun 14th to November 4th to January 3rd projection. That likely carries moderate weight compared to the COT net speculative positioning positioned near 7-year lows and the ill-prepared state of volatility in the markets (the OVX is sitting near its lowest levels in 11 months).

Heading into Thursday’s top macro event risk, it is worth taking a deeper look as to what the fundamental connection is between inflation and energy prices. Generally speaking, headline price pressures as read through CPI are reflective of the previous month’s energy prices. Energy and food costs are considered two principal ‘volatile’ components that are often separated for a closer evaluation of underlying inflation in the broader economy. The relationship will reverse when it comes to inflation influencing US and global monetary policy trends. Higher or lower interest rates has a significant impact on economic potential and capital market financing. In general, should the Fed’s outlook cool with a lower terminal rate and potential for cuts later in 2023, it would likely be construed as favorable for the ‘demand’ outlook for crude oil. For this fundamental guidance, I will be looking to the US 2-year Treasury yield as a proxy of potential influence on these theme. 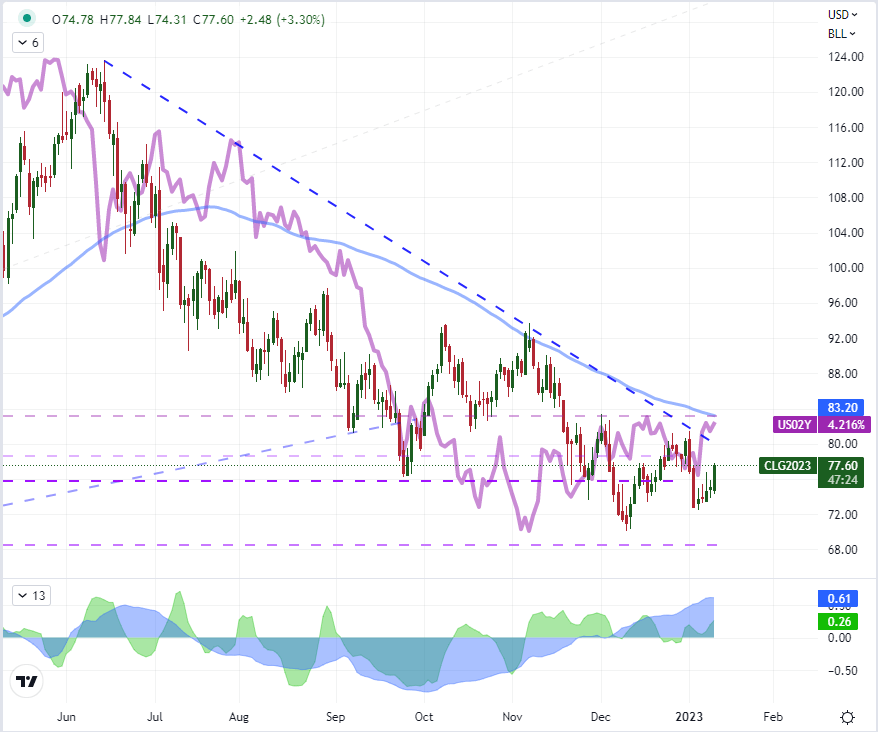 Yet, when it comes to ultimately fundamental influence, there is a gap between how monetary policy will influence economic activity. Laying aside the Fed’s near constant rejection of the more dovish views of the markets, we have yet to see a material downgrade in the forecasted terminal rate from the central bank’s own 5.1 percent outlook in the last Summary of Economic Projections. Further, a slower tempo of future hikes and some sacrificial cuts later in the year will matter relatively little if the US economy is facing an economic contraction or outright recession. The risk is high as we have seen in last week’s ISM service sector activity report, yesterday’s NFIB business optimism report and given the World Bank’s most recent warnings. Given how abstract growth perceptions can be in the market, I like to use a market gauge to help ground my view for evaluating an asset like oil. That said, the 20-day and 60-day correlations between WTI and the US 2-10 spread (difference between the US 10-Year and 2-Year Treasury yields) is particularly strong. 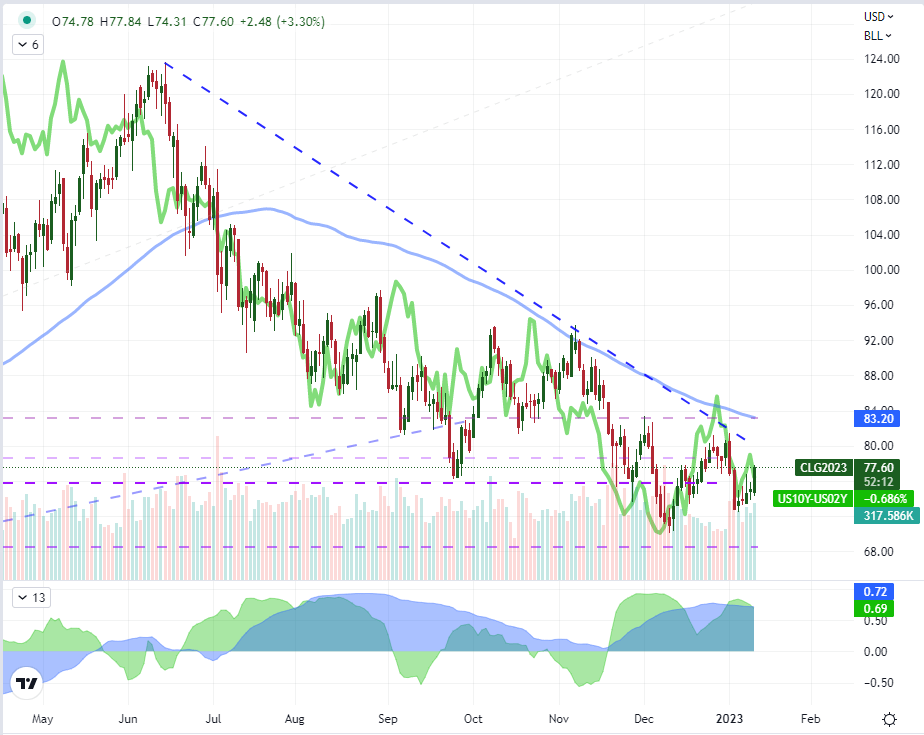