British Pound Recovers as US Dollar Pauses Ahead of Fed Symposium. Will GBP/USD Rally? 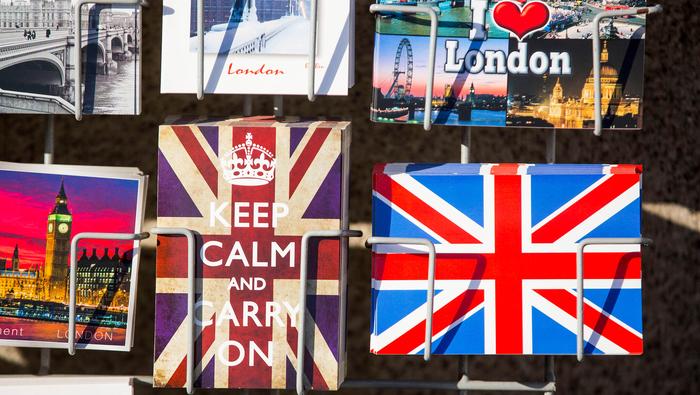 The British Pound eased slightly in the Asian session today after a solid rally into the North American close. Natural gas prices pulling back has helped the Sterling at the same time that the US Dollar stalled in its uptrend.

The energy outlook remains opaque with the ongoing war in the Ukraine limiting oil supply and drought impacting many parts of the world, reining in hydro-electricity power capacity.

The evolving impacts of China’s drought may undermine the centralised stimulus push after they announced special loans to assist the property sector and cut rates so far this week.

While drought is causing problems for inland China, a typhoon is currently bearing down on coastal China and Hong Kong.

The Chinese mainland CSI 300 and Hong Kong’s Hang Seng equity indices are both down over 1%. The Chinese Yuan is at its lowest level in 2-years against the US Dollar. The pair is trading above 6.86.

Gold and crude oil prices are mostly unchanged from yesterday’s close. USD/JPY has pulled back from recent highs.

Other APAC bourses have been reasonably calm following on from Wall Street’s benign session ahead of the Jackson Hole symposium that starts on Thursday. The focus for the pow wow will be Fed Chair Powell’s address on Friday.

Overnight, Federal Reserve Bank of Minneapolis President Neel Kashkari renewed his hawkish credentials. He cited the worrying outcomes if inflation remains near 8 or 9% and expressed his concern of the ‘unanchoring of inflation expectations’.

Later today, the US will get data on mortgages and durable goods.

In the sell off last week and to start this week, GBP/USD went below the lower band of the 21-day simple moving average (SMA) basedBollinger Band. At the close of trade yesterday, it closed back inside the band. This could signal a reversal in the downtrend.